THE ART OF THE TEESE - DITA VON TEESE 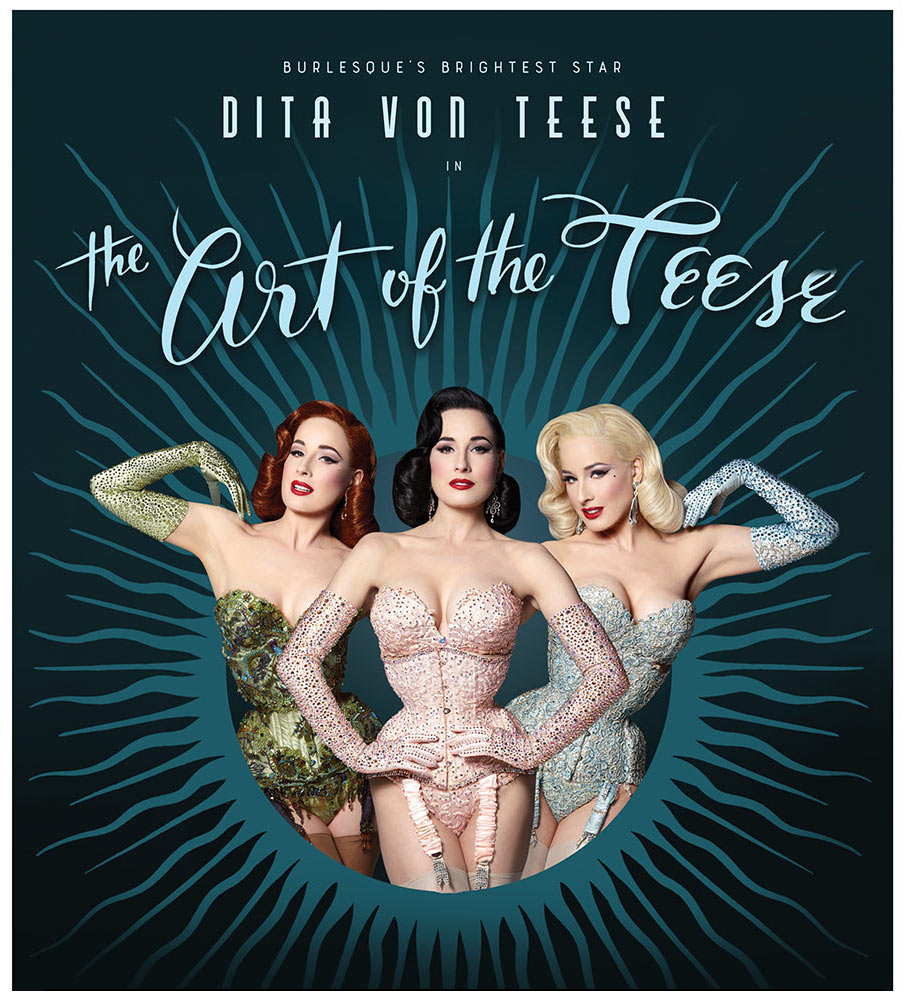 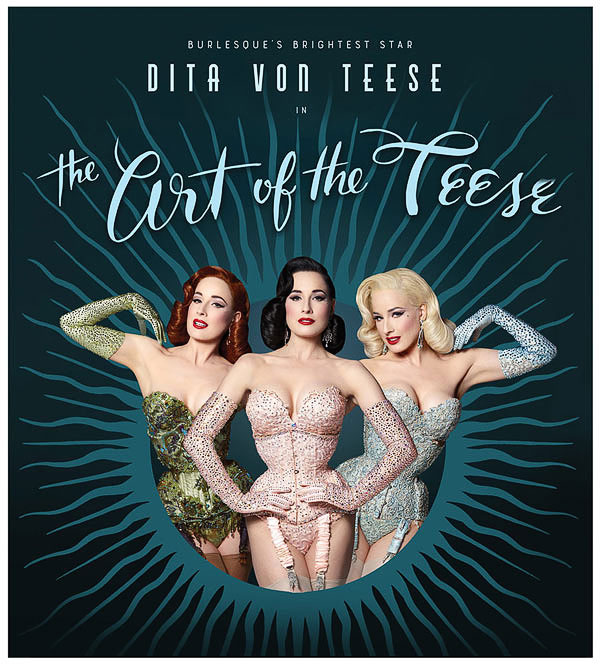 
"Dita Von Teese is the most Parisian of all Americans. I have every admiration for her, as she has raised burlesque to the rank of a chic, glamorous and popular art.”
- Jean Paul Gaultier -

"Dita is absolutely mesmerizing. She elevates the art of tease with an effortless grace and ease that is thoroughly intoxicating, and the elegance and beauty of her movements will truly take your breath away! It is delicious, powerful and playfully provocative!"
- Demi Moore -

"Many thanks for reminding the world that there is a highly reasonable way to reconcile Bettie Page with Betty Friedan. Well done, and thanks for all of it."
- Graydon Carter, Vanity Fair -

"Dita's show is timeless, with a powerful delivery that explores the sensuality of the human spirit. With jaw dropping costumes, a thunderous crescendo of music and superb production design, Dita brings burlesque to a whole new level. The show is dazzling and sexy...a must see!!"
- Debi Mazar -

"Dita is the true definition of glamour."
- RuPaul -

"Dita exudes timeless grace. She is our generation's Bettie Page, but on a much different level. She was born to entertain. Love that girl!"
- Aaron Paul -

"Dita is for me a perfect Parisian, although she is from the midwest. I love strong personalities, strong characters, and Dita is like a heroine of a novel or a Hollywood movie."
- Jean Paul Gaultier -

"Dita's shows are fabulous and imaginative. She's a class act who has it all: the body, the costumes, the music. She's one of the few burlesque performers today who truly understands the art of tease."
- Tempest Storm, burlesque legend -

"Her attention to detail and embellished glitz onstage is unparalleled, even for pop stars. From the sparkle of each and every Swarovski crystal (hundreds of thousands swathe pretty much every prop and article of clothing in the production) to the sensual lighting that caresses her slender porcelain frame to the vampy music that sets the mood for the procession of themed vignettes - your eye cannot turn away from the utter flawlessness of it all."
- The Los Angeles Times -

"The Queen of Burlesque has earned her crown, the righteous heir to performers like Sally Rand, who was famous in the Thirties for her naked feather dance. Dita has taken the tradition, studied it, and made it her own."
- THE FACE Magazine -

MORE INFORMATION ABOUT DITA VON TEESE
CAN BE FOUND AT WWW.DITA.NET